Garment waste management exemplifies the idea of one man’s trash being another man’s treasure. If tapped correctly, it has the potential of bringing in $4 billion annually.

The idea is to turn the scraps into materials greatly demanded in the fashion world. By doing this, two usually conflicting interests — business growth and addressing climate change – can harmoniously intersect in each other’s path.

In a recent study, Reverse Resources, an Estonia-based software company trying to develop an online market place for garment waste for ensuring its maximum utilisation and better value, showed that the total volume of annual leftovers from the county’s garment units is around 400,000 tonnes.

If these leftovers are recycled for making new yarns and used in re-manufacturing garments, it will be a business of more than $4 billion.

More than 25 percent of resources are discarded in fabric and garment factories, which can go up to 47 percent in some cases, as per the findings of RR.

Even if the country’s 4,500 active garment units gain efficiency and ensure optimum use of fabrics, there is unavoidable waste at different stages of production while designs are cut out in making garment items, stitching and dyeing them.

Using waste from one cycle of production in the next through remanufacturing involves practical challenges but recycling it surely has a business potential within the country’s garment sector, said Fazlul Hoque, managing director of Plummy Fashions Ltd.

The regenerated yarn can capture an emerging market in developed parts of the world, with people becoming more sensitive to environmental impacts caused by industrial pollution, he added.

However, the market of recycled materials has remained largely unexplored in Bangladesh.

There is, however, at least one good example — Simco Spinning and Textiles Ltd founded in 2010.  According to its website, the factory, located in Bhaluka of Mymensingh, has the capacity to produce 15 tonnes of yarn a day from “cotton clips” that are cut out during the garment stitching process.

The eco-friendly yarn is used for knitting and weaving products like T-shirts, socks, gloves, towels, home textiles, denims, sweaters etc. And its customers are from as far as the US, Mexico, Spain, Italy and Turkey.

Simco declined to be interviewed, as it says information about the company, other than what is available on its website, is confidential.

Piles of garment waste strewn about a street in Ashulia. A recent study says if managed properly, garment waste can generate a revenue over $4 billion annually and reduce environmental damage. Photo: Palash Khan

However, Hemel Bhuiya, project manager of RR, who along with a team had visited Simco’s setup, confirmed their methods of recycling. He said the country needs more such initiatives for recycling the leftover of its garment industry.

Recycled products don’t require any dye, chemical and almost no water, making it a sustainable solution to pollution from garment production.

The businesses mix scraps of different colours to attain a necessary hue. Fabrics are broken down to fibres once again, carded, spun and then turned into a completely new material. The recycled yarn is 15-30 percent cheaper than the virgin yarn made from cotton, RR said in its report.

If the garment waste or jhoot is not used, it mostly ends up in landfills or is incinerated, contributing to environmental pollution.

As much as 95 percent of all textile wastes that are in landfills are recyclable, according to Recover, a textile company in Spain that produces recycled yarn.

In Bangladesh, a small portion of jhoot is reused in making low-end garments for the local markets.  It is also used as filling material in furniture, mattresses, car seats, but the value of it is very low in these cases.

“Despite the low market price of leftovers, the fact that factories commonly operate with very small profit margins means that the extra margin from leftover sale is significant,” RR said in its study.

At present, jhoot sold by garment units is exchanged by multiple traders before it finally lands in the hands of jhoot exporters.

The exporters then sell the scraps at comparatively high rates to India and China that have recycling technologies in place to turn the waste into finer yarn, Hemel, of RR, said.

“We call it down-cycling.… Most of the cotton fabrics that the country’s garment sector uses are imported. Then we export the waste to these countries to turn them into yarn as good as the one from cotton.”

The recycled yarn can be used to manufacturing export-quality products. “What we are doing now makes less business sense,” Hemel added.

Immediately after a garment factory finishes production of one cycle of orders from a buyer, it gets rid of the waste in the interest of production efficiency, moving onto the next cycle.

But there is a business potential of jhoot if demand is created, Fazlul Hoque said. In that case, jhoot suppliers will get more value.

And even if RR estimated $4billion market looks small, the environmental impact cannot be ignored. For instance, growing cotton and then dyeing one single T-shirt take up as much as 2,700 litres of water that is then dumped into rivers or nearby water bodies contaminating them. Recycling takes almost zero water.

find out more about the CYCLO® system Recycling Bangladesh for a Sustainable Tomorrow

Incredible Success in the Reuse of Fashion Waste CYCLO® is Now Available in EU and Pakistan The CYCLO® Story: 5 Years On

We are a proud member of 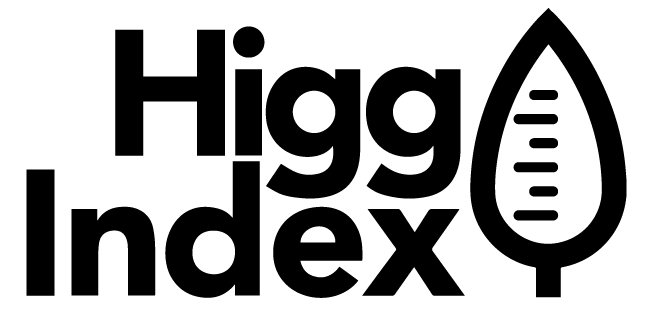